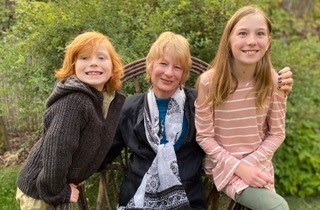 Mary Sedwick, former president of the Madison Valley Women’s Club (MVWC), was named as one of the 2020 Top 100 Volunteers for U.S. towns with a population of less than 5,000. She was selected by the Ennis Chamber of Commerce and her name was submitted to the Small Town America Civic Volunteer Award.

In a statement from Sedwick: “I am honored to have been selected for this award. Recognition should also be given to the many excellent and hardworking volunteers who make the town of Ennis such a wonderful place to live. In these difficult times, volunteerism is desperately needed. Hopefully, this national recognition will encourage others to get involved in the community.”

The Ennis Chamber of Commerce selected Sedwick after receiving nominations from several organizations and individuals from within the Ennis community. Sedwick was first nominated by the Madison Valley Women’s Club Board of Directors. In a statement from Ennis Chamber of Commerce Board President Danica Lewis said: “Within our small community, there are many citizens who provide much needed volunteer hours and generous commitment to the town. Mary’s leadership is undeniable, especially during this year of uncertainty. We are delighted to see one of our own receive this well-deserved national recognition.”

Sedwick will receive a Top 100 Certificate and will be able to select one of Ennis’s nonprofit organizations to receive a free website and educational tools to help facilitate its mission. First to third place selections won cash and prizes to support the retention of public service volunteers. 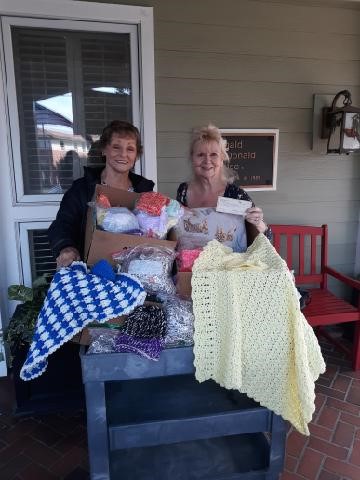 In celebration of America Recycles Day (November 15), Norwalk Woman’s Club Past Presidents Kathy Cook and Linda Kelly presented Ronald McDonald House Orange County with eight pounds of recyclable aluminum pop tabs, plus 90 beautiful hand-knit beanie caps and blankets, and a monetary donation. To date, the Ronald McDonald House has received more than $77,000 toward operating costs from groups such as women’s clubs, scouts, and other non-profits who save and donate pop tabs. 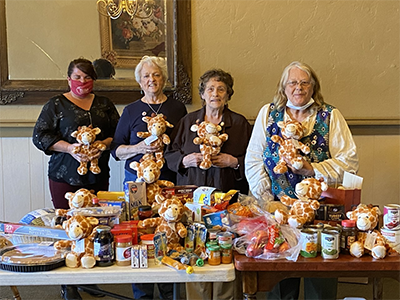 On November 9, GFWC Walsenburg Woman’s Club (Colorado) members were Advocates for Children. The club collected 140 lbs of food items for a Thanksgiving dinner: turkey and all the trimmings, plus additional pantry food supplies for a single dad with four children under the age of five! Jennifer Sanchez McDonald of Huerfano-Las Animas Counties Early Childhood Advisory Council (HULA) delivered the brimming full baskets to the family. In appreciation, HULA gave each clubwoman an adorable stuffed giraffe for “Sticking Out Our Necks for Children!” The club also received the gift of a new member as a result of the project, Jennifer! 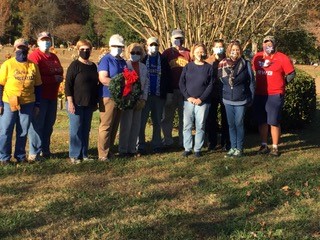 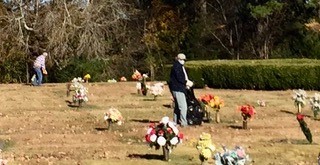 GFWC du Midi Woman’s Club (Alabama) volunteers aided the Veteran’s Memorial Foundation as hosts at the unveiling of the Gold Star Families Monument event at the end of October. GFWC du Midi contributed thousands of dollars for the building of this now historical memorial and is acknowledged with an inscription in marble. For a video of the tribute, visit www.hmcvm.org.

In November, 500 Christmas wreaths, ribbons and name cards were placed on the graves of veterans during the club’s annual tribute to Veterans at the Huntsville Memorial Gardens Cemetery. The club remembered its three retired U.S. Military Club Members and the 37 spouses of members on November 11, who have served, with a postcard made by one of our three Civic Engagement and Outreach Chairmen. The club also keeps a “Book of Honor,” an up-to-date listing of club members, military spouses, and member’s children who are serving or have served in the U.S. Military. 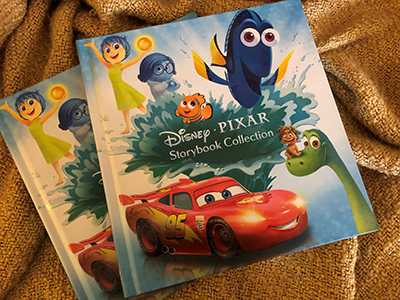 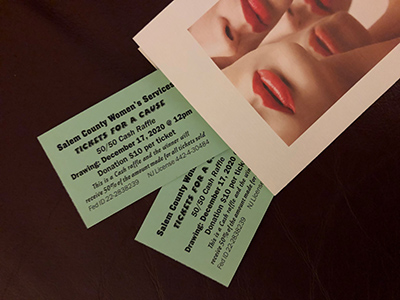 The Haddon Fortnightly (New Jersey) has connected with programs in other New Jersey counties to continue serving the community during the pandemic. The club has a long history of supporting a local domestic violent shelter and other programs for mothers and children.

The club donated new hardcover storybooks to be used at an intake center as incentives for the children to enjoy after completing their appointments. Some members have also made donations to a domestic violence prevention program in a second county for a 50/50 raffle to raise funds for survivors’ services.