GFWC Circleville Junior Women’s Club (Ohio) invited the community to remember and honor the veterans and military men and women on Veterans Day weekend. The club members placed tables in eight different locations to bring awareness to the military tribute that began over thirty-five years ago. A single table is set in the dining halls of Army, Navy, Marine Corps, and Air Force as a reminder to honor those who lost their lives on the battlefield. The club has brought this awareness to Veterans Day weekend to celebrate the many men and women that have served and are serving to protect us and our families. Restaurants, libraries, clubs, and centers promoted their displays with education and remembrance cards. The club has also donated the book America’s White Table by Margot Theis Raven to the PC Library to help educate families and children on the depth of sacrifice that members of the military give to defend freedom. Whether it is called Missing Man’s Table, Fallen Comrade Table, or America’s White Table, these symbols were shared and explained for all to understand. 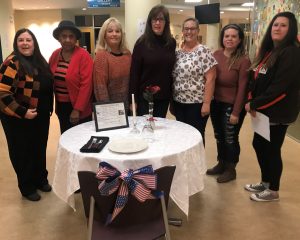 Pictured – Members of the club with a White Table” set up.

GFWC Women’s Club of Farmingdale (New York) Co-Presidents, Cheryl Parisi and Lorraine Stanton, together with Lynn Connolly, club treasurer, have spearheaded a new philanthropic undertaking. Monthly Ambassador Lunches are being held locally as mini-fundraisers for a program entitled “Speak Up for the Poor.” Speak Up runs a Girls Education Program which sponsors girls in poverty to stay in school and on the path to success. Their long-term goal is to help thousands of girls in poverty finish their education, get professional training, and then return to serve their community and country as servants to the poor from girls in poverty to themselves being advocates for the poor. The September and October ambassador fundraisers were chaired by Lynn Connolly and Edie Allen, respectively, at the Nutty Irishman. These mini-fundraiser lunches will continue throughout the club year. 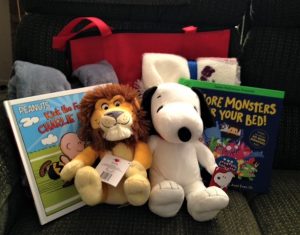 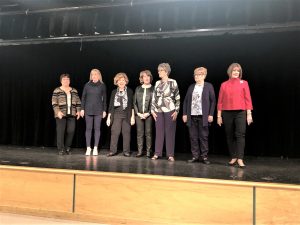 1. GFWC West Side Woman’s Club recently participated in the Ruth’s Place 12th Annual Walk for Hope. By participating, club women showed their solidarity with women experiencing homelessness in Luzerne County. This event featured a fair and a 2-mile walk that educated people about the reality of homelessness in Wilkes-Barre. Ruth’s Place is a program of Volunteers at America, a national nonprofit spiritually-based organization providing local human service programs and opportunities for individual and community involvement. Locally, in addition to Ruth’s Place, the organization also provides a variety of services such as pregnancy counseling, shelter for homeless women, child care, and elderly transportation. 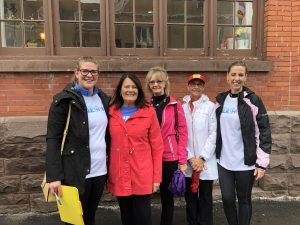 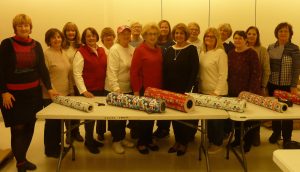 3. GFWC West Side Woman’s Club sponsored a tree at the Parade of Trees at Grotto Pizza at Harvey’s Lake. The Club is supported Victims Resource Center in Wilkes-Barre with proceeds from the vote. The theme of the tree is “Women in Action – Volunteering!” 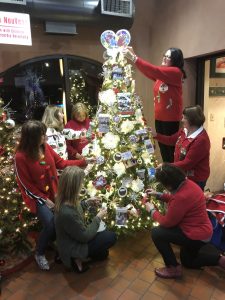 4. GFWC West Side Woman’s Club passed put toy soldiers as a reminder to keep our soldiers in our prayers. They expressed their gratitude to our Men and Women in the military who dedicate their lives in protecting this great nation. May we remember them in our thoughts and prayers. With respect and honor we thank you for your service! 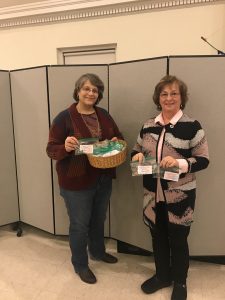 5. GFWC West Side Woman’s Club donated a variety of holiday gifts to a homeless family at the Catherine McAuley Center, to help them enjoy the Holidays! 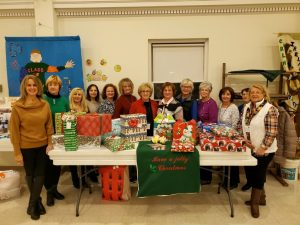 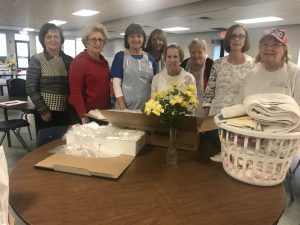