• They posted celebratory announcements of Earth Day on their personal Facebook pages.
• They participated in a Zoom video call online and shared their experiences. 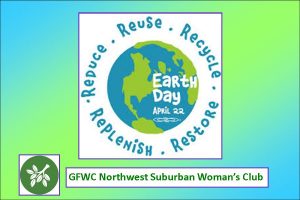 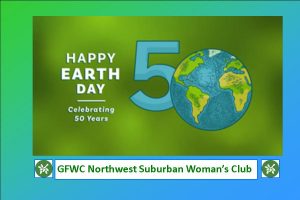 It was a full Earth Day!

The GFWC Women’s Club of South County (Rhode Island) participated in the Arbor Day Grand Initiative. The club provided the funds for three trees to be planted in South County Rhode Island. The participating Rhode Island communities were Narragansett, South Kingstown, and Charlestown. The trees selected were a flowering plum, an autumn flowering cherry, and a tulip tree. The towns were very appreciative to participate in this program. Members were also asked to plant trees or woody shrubs to help in this project. As a result, two trees and six woody shrubs were planted. 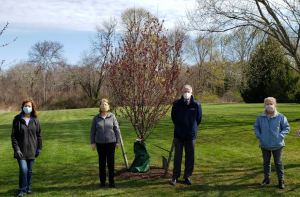 In honor of Federation Day on April 24, the GFWC High Springs New Century Woman’s Club (Florida) was proud to donate an Automated External Defibrillator trainer to the High Springs Fire Department. AEDs make it possible for more people to respond to a medical emergency where defibrillation is required.

GFWC Julian Woman’s Club (California) has now sewn well more than 600 face masks. The majority have been delivered to healthcare workers at hospitals, nursing homes, group homes, and clinics. Another member has sewn more than 200 masks for locals in our small town. Once the word was out, residents have contacted the club requesting masks. A donation is requested as a way to honor the project.

Such touching, admirable women sewing masks like my neighbor at all hours of the day and night. This devotion, skills, and commitment is something to be hailed at this horrific time in history.

So many part-time volunteer roles are open remotely from home like the Red Cross where I help. Won’t you consider joining forces with a nonprofit in your community? It’s as easy as searching thru Volunteermatch.com just enter your zipcode. And like every other time, war, and fight help others. It helps you too.