The GFWC Temecula Valley Woman’s Club (California) is always thinking of ways to help its communities. Members were notified that the Temecula Valley Hospital were in need of “disposable shoe protectors,” or as we call them, “booties.” GFWC Temecula Valley Woman’s Club had a bulk of these supplies stored for our next Holiday Home Tour. Club President Carol Stern contacted the club’s Executive Board to see if they would approve donating them to the hospital, which was granted. Kim O’Brien got them from storage and delivered seven boxes of 150 booties, three smaller boxes of booties, and one box of large garbage bags to the hospital. The nurses were thrilled to receive them.

Members of GFWC Woman’s Club of Spring Lake (New Jersey) have been busy making masks for all club members. The club has even expanded their distribution to assisted living facilities, families, neighbors, and friends. It has been donating to local food banks and sharing worthwhile health news to each other. Calls have been made to check in on older members, especially those who live alone. 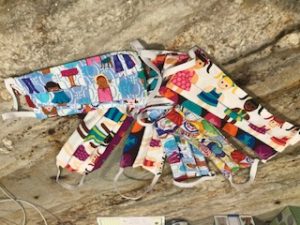 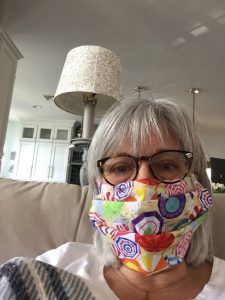 GFWC Georgia North West District have been busy completing projects to help others during the Coronavirus Pandemic. Check out its video for unique project ideas.