GFWC Woman’s League of the Lowcountry (South Carolina) hosted a holiday party for the members of Jasper County Boys & Girls Club in Ridgeland, South Carolina. At the party, cookies, milk, and ice cream were served. In addition to snacks, holiday gifts were given to the boys and girls. A $1,750 check was presented to Heather McDonough by club officers Sharon Quinter, and Mary O’Brien. The donation was provided to help cover the December tuition for the 70 children who attend the after school program. 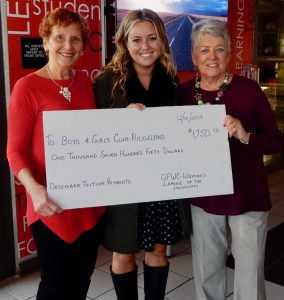 On November 7, GFWC Mississippi clubwomen from across the state participated in Read for the Record, organized by Jumpstart, in partnership with Mississippi Public Broadcasting. More than a dozen of members and juniorettes read Thank You Omu by author Oge Mora to more than 400 children and adults in daycares, schools, and nursing homes. It was a great experience for all! 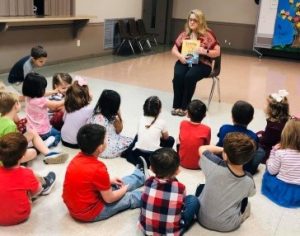 Wednesday, November 20, the GFWC Women’s Club of Farmingdale (New York) had a great representation at St. Kilian’s Outreach Center. Members of GFWC Women’s Club of Farmingdale donated several dozen bags filled with grocery items for Thanksgiving. A special thanks to Rosemary Emigholz for stepping up to chair the club’s Welfare Committee and her helpers who made this generous contribution possible. 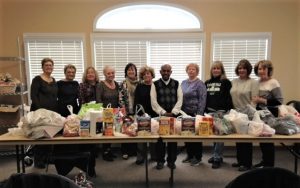