MLK Day of Service was such a great success for our GFWC Clubs that we had to take another week to share these amazing projects with you! Read and comment on some of the great projects that our GFWC Clubs have participated in below.

Members of GFWC Woman’s Club of Parsippany Troy Hills (New Jersey) came together once again for MLK Day of Service. This year they decided to complete several smaller projects. Members assembled 100 Vial of Life Packets, which will be distributed at a forthcoming event at the Parsippany Community Center. Members also assembled gift bags that will be delivered to the Lyons VA Hospital for distribution to the women in the trauma unit. Their final project was to make 375 bookmarks with information about Court Appointed Special Advocates (CASA) for distribution to their local library. These bookmarks are always welcome by the library patrons.

GFWC Woman’s Club of Caldwell (New Jersey), in cooperation with the West Caldwell Library, ran a service project making fleece hats and scarves for children and women in need at the Oasis Center in Paterson. Individuals from the public and club members cut out and sewed sets of fleece hats and scarves in a variety of sizes (toddler to adult medium). The library provided the meeting room and sewing machines for the club to use. A total of 38 hat and scarf sets were made. 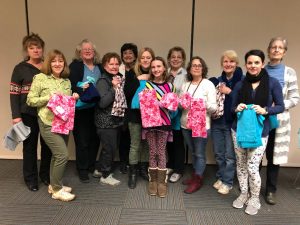 GFWC Cranston Community Women’s Club (Rhode Island) collected necessary items from all GFWC Rhode Island clubs at their recent state meeting and brought them to the Ronald McDonald House affiliated with Hasbro Children’s Hospital for children in Providence. They arranged to cook a Mexican meal for the parents of children undergoing treatment for cancer. Club members from Cranston Community Women’s Club also had a tour of the facility after cooking, serving, and cleaning up. More than 50 families were in attendance. 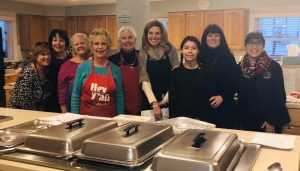 GFWC Southwest Region Woman’s Club (Colorado) gathered on MLK Day of Service and connected with a deployed Marine unit in Afghanistan. Members made 65 neck coolers to send to service men and women. They enjoyed cutting, tearing, sewing, turning, filling, and completing these camouflaged coolers. The coolers were shipped off with care instructions, a link to the club’s website, and a lot of love from GFWC Southwest Region Woman’s Club! 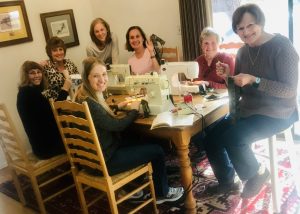 GFWC Selbyville Community Club (Delaware) conducted a month long campaign to collect warm coats, sweatshirts, and socks for homeless veterans. More than 950 pieces of clothing were donated by members of the community. Club members sorted, folded, and packed the items to be distributed statewide by the Delaware Center for Homeless Veterans. 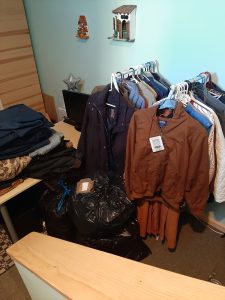 One response to “Volunteers in Action: MLK Day of Service PT. 3”