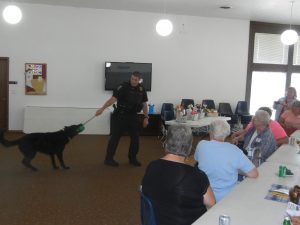 Kaiser was the hit of the event with his favorite toy ball on a leather tether, as he paced around the room for all to pet and play. Officer Buchanan displayed some training techniques with Kaiser and answered many questions from the interested and entertained guests. Then it was on to the business of playing Bunco, and awarding the winning prizes. Door prizes were also given to the lucky names drawn.

The funds raised will purchase a new Storm Patrol Swat Vest for the newest K9 officer on the Federal Way Police Force, Vader, who recently turned two years old and is ready to be fitted for his new vest. To date the club has raised $1265 toward the purchase of Vader’s Vest. 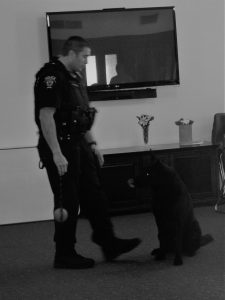 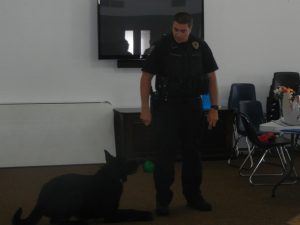