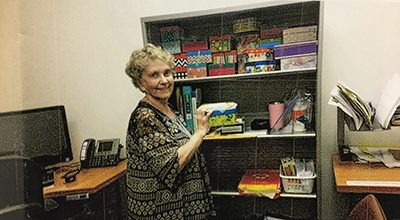 The Yucaipa Woman’s Club (California) Spa Boxes project is a perfect way to show appreciation for women in the military. Through member donations of produces and money, they buy boxes, decorate them, include a welcoming card, and fill it with candles, note pads, pens, nail polish, bath items, and candies. No two boxes are alike, but each has their special love and gratitude enclosed.

The club does this project because women in the military who return from deployment immediately return to their role as wife and mother without the adjustment period usually granted to men veterans. The club wants those women to know they are special, their service is appreciated, and that the dedication to our country is recognized.

The club donates the boxes to the Jerry L. Pettis Veterans Hospital Women’s Health Center. Each women who registers with the center receives on of their boxes. They have donated 540 boxes in the past 3 years! 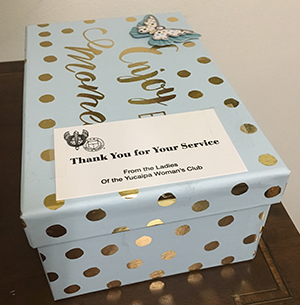 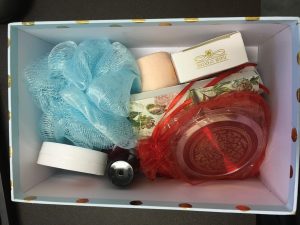