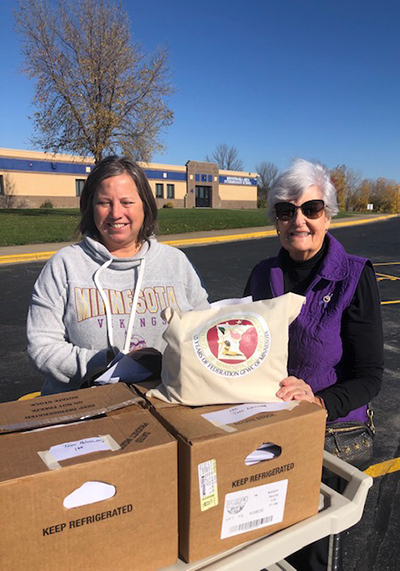 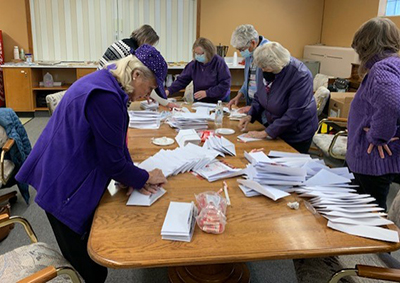 Members of the GFWC Potpourri Club of Glenwood (Minnesota) have been working hard to raise awareness about teen dating violence in their community. Club member Darlene Femrite explained clubwomen prepared nearly 400 envelopes with self-advocacy information and helpful resources that were then delivered to a local high school social worker, who then distributed them to junior and senior high schoolers.

The messages included helpful tips and advice related to various uncomfortable situations young people may find themselves in, such as creating a code word with friends when going out if they would like to make it clear they want to leave a situation discretely, to always trust their gut, and to remember they are never obligated to do anything. Darlene said the envelopes also included safe-life numbers that teens can call and text if they ever need to.

Darlene said the clubwomen wanted to participate in this project because it is important to raise awareness in both teens and adults about the dangers of teen dating violence to hopefully educate young people and prevent future incidences from happening.

“I think awareness is so important because teens are usually not taught this stuff directly,” she said. “If we are going to raise healthy children, they have to feel safe whether they are at home or out with their friends.” 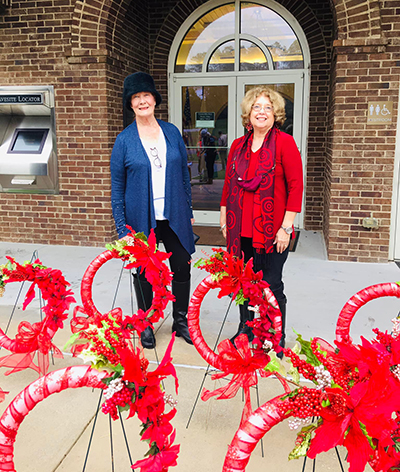 “We wanted to be a part of honoring these wonderful people who have done so much for us,” Carol said.

She explained the club has been involved with Wreaths Across America since about 2015, but members have worked with veterans through the Honor Flight Network and in other capacities since 2009.

Throughout the years, Carol said clubwomen have made no-sew blankets for veterans, hosted parties and special events, created handmade fidget pillows for veterans in the memory care unit of the William F. Green Veterans Home, and more.

With all of these projects, Carol explained the clubwomen aim to show their support and respect and even encourage younger generations to build and foster a connection with veterans as well.

“I think it’s so very important–and many in our club do too–for us to make a connection with these individuals,” she said.