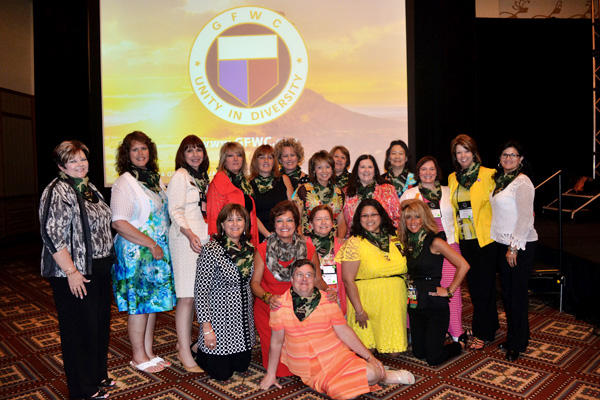 Becoming a GFWC member means joining a local GFWC club, where nearly 80,000 members are actively engaged in volunteer community service in approximately 3,200 clubs across the globe.

If you do not find a club in your community or if you want to start a GFWC club in your hometown, please email our Membership Services Department. A club representative in or near the town where you live will get in touch with you to answer any questions to help connect you with a club.

GFWC members, from ages 12 to 102, live in cities, suburbs, and rural communities around the globe. They are professional women, students, stay-at-home moms, and retirees, united by a shared commitment to volunteer community service.

Members of GFWC clubs are encouraged to focus their efforts on Community Service Programs and Special Programs in Domestic Violence Awareness and Prevention and Advocates for Children that meet local needs, and take advantage of our national network of organizations and programs that have provided a framework for over 100 years of accomplishment.

Woman’s Clubs, sometimes referred to as general clubs, are clubs that are not otherwise designated as Juniorette, Junior, International, or National clubs. This group constitutes the largest portion of active membership.

Juniorette Clubs, whose members might be called Juniorettes, are composed of young women in junior or senior high school with an age range from 12 to 18 years. Juniorettes may have voting privileges at the GFWC Annual Convention, are eligible for awards, and have reporting responsibilities, just like Woman’s Clubs and Junior Woman’s Clubs.

National clubs are clubs that have a nationwide membership composed of State Presidents or State Directors of Junior Clubs from one administration.