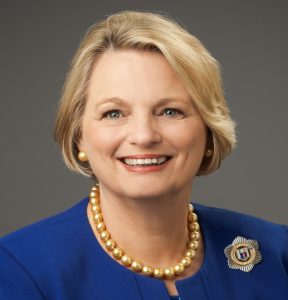 Marian St.Clair has been a passionate and energetic clubwoman since 1989. She has been a member of the GFWC Board of Directors in succeeding administrations since her 2002-2004 term as South Carolina State President, serving as Bylaws Committee Member, Conservation Beautification Chairman, Leadership Committee Member, Treasurer, Secretary, Second Vice President, First Vice President, and President-elect. She has also assisted with LEADS, presenting, “How to Write a Great Speech.”